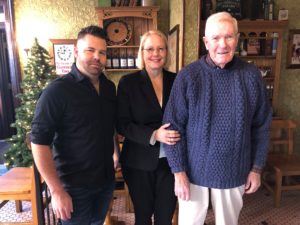 Joanie is the former County Executive and her father, Bernard Mahoney, served as City Councilor in Syracuse as well as in in the New York State Assembly. Joanie Mahoney played a crucial role in supporting the Parade in the 11 years she served as County Executive. Joanie Mahoney currently serves as the Chief Operating Officer at SUNY College of Environmental Science and Forestry and as a special assistant at Upstate Medical University.

The theme of the 2019 St. Patrick’s Parade is “Syracuse. Irish. Family.” (Poster by Donna Wright of Binghamton is below.) Janet Higgins, President of the Syracuse St. Patrick’s Parade Committee, said that the Mahoneys represent the theme well. “This year, we’re celebrating people who have pride in Syracuse, their families, and in their cultural heritage, and the Mahoneys certainly fit the bill. As the Mahoneys would proudly tell you, their family has been in Syracuse for five generations, since their ancestors came from County Kerry in the 1800s.”

The Parade is also embarking on the 12th year of the St. Patrick Hunger Project. The Hunger Project raises funds and collects food for local food pantries to fight hunger in CNY. To date, the Hunger Project has provided over 650,000 meals for children and families in the community.

The parade will begin at 12 p.m. on March 16, marching through downtown Syracuse along Nancy Duffy Lane (South Salina Street). 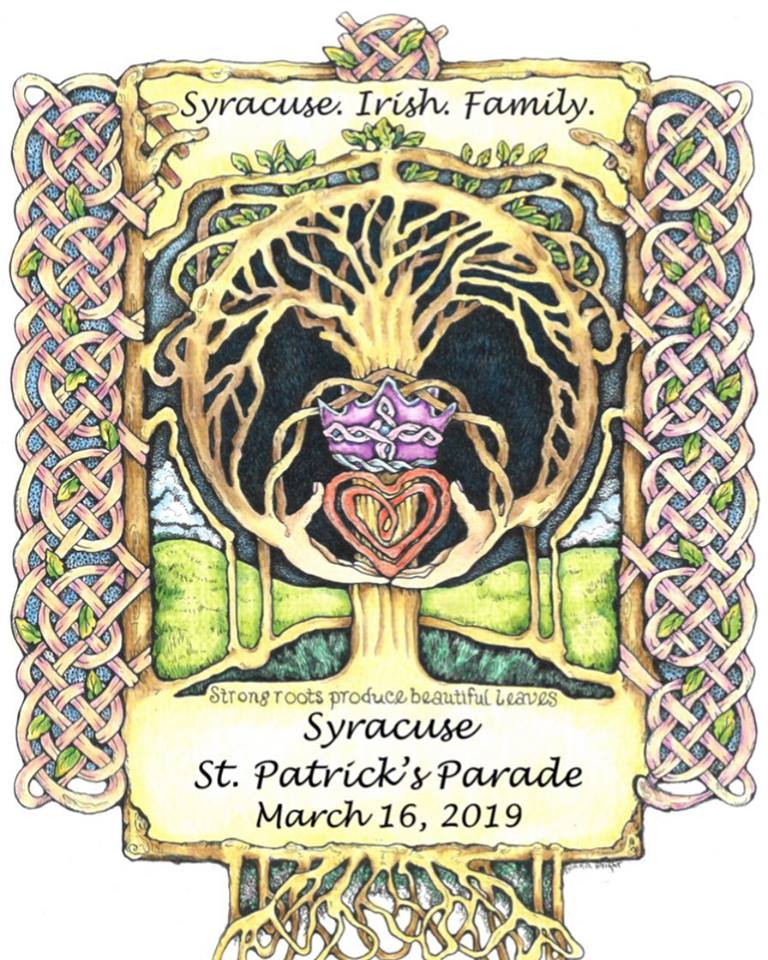