In Memory of Richie Walsh 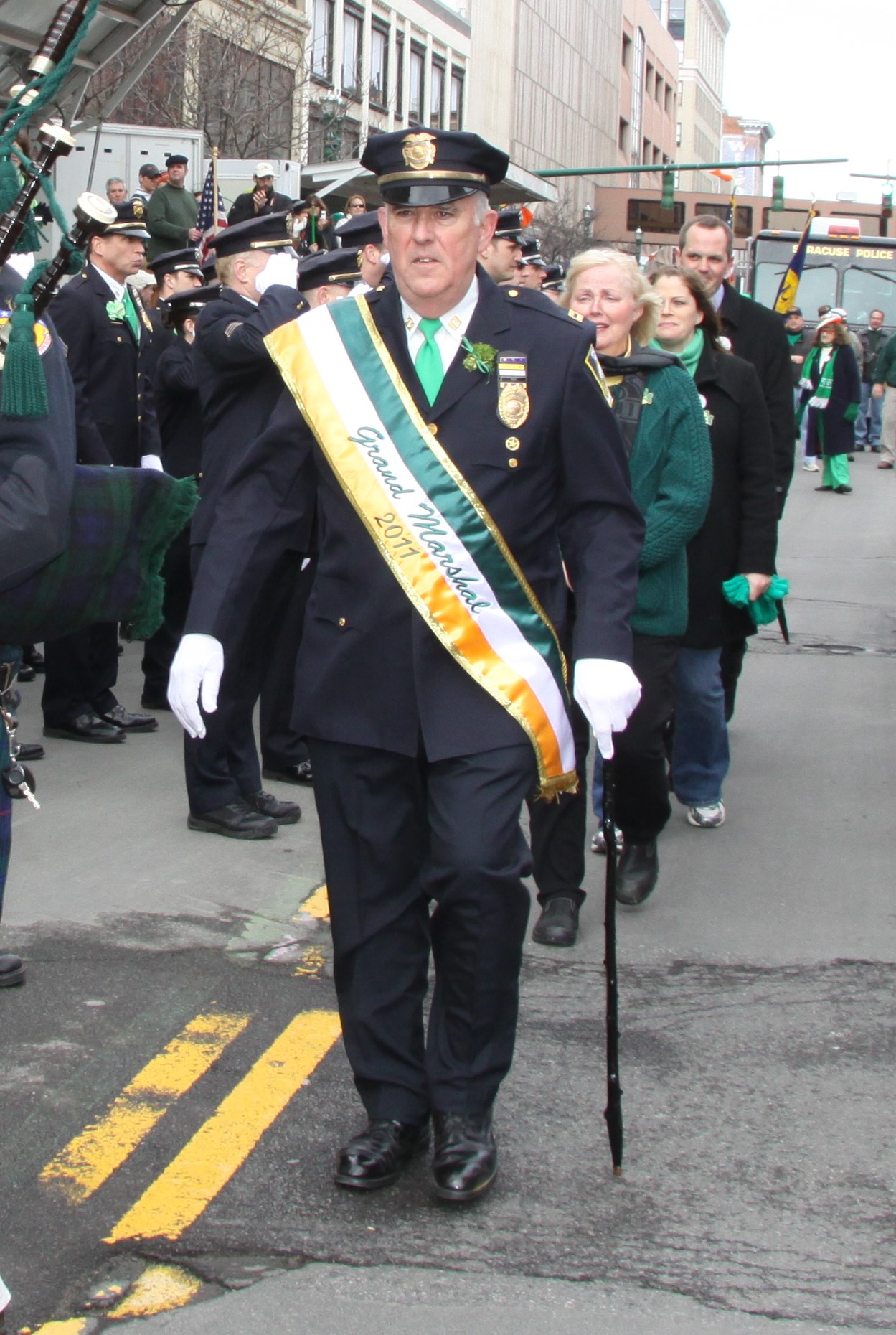 Richie was a mainstay of the Syracuse St. Patrick’s Parade. He was there in the early years, working alongside parade founder Nancy Duffy, and he stayed with the parade for all of its 35 years. He helped the parade through its growing pains and was instrumental in shaping it into what has become the city’s biggest community event.
In the annual storm of preparations, Richie provided a calm, thoughtful foundation. His unflappable demeanor and softly spoken, well-chosen words were key to solving many challenges. His knowledge of parade history and his deep roots in the Syracuse Irish community helped drive the parade’s annual success. And his wry smile and dry Irish wit could be counted on to diffuse just about any disagreement.

Beyond parade activities, Richie helped organize the St. Patrick’s Hunger Project. He and his wife, Mary, volunteered with Project Children, escorting children from Belfast to the Syracuse area for a summer away from “the troubles.”
It was an honor to salute him as our grand marshal in 2011, the year he retired after more than 40 years with the Syracuse Police Department. Now, our thoughts and prayers are with his beloved family.

Information about services is available at http://www.edwardjryanandson.com/obituary/Capt.-Richard-P.-Walsh/Syracuse-NY/1728016