In Memory of “Coach Mac” 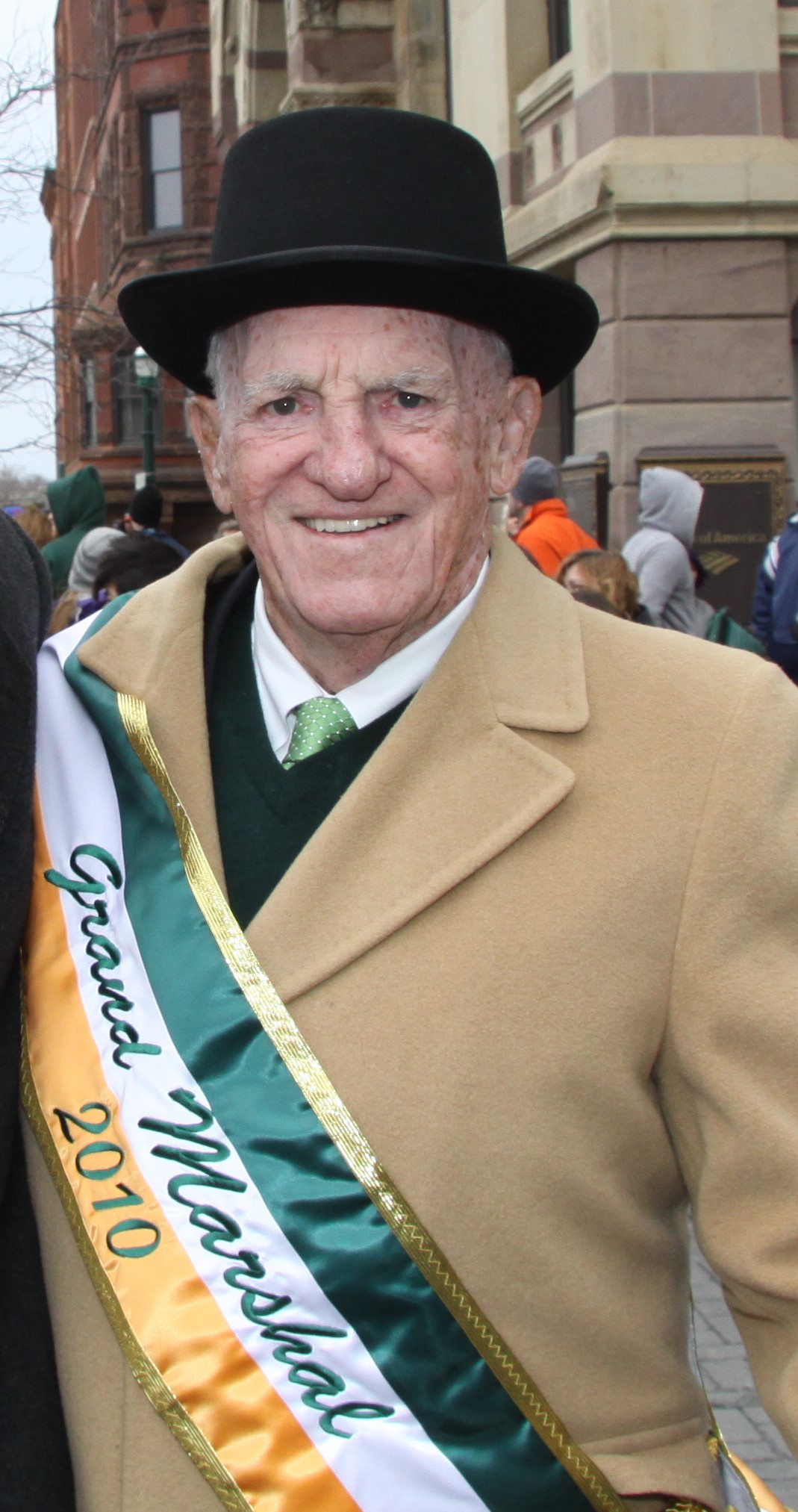 Coach Dick MacPherson brought enthusiasm to all he did.

Coach Mac was enthusiastic about his family and his faith, his teams and the individuals who played on them, his school and its community, and our Syracuse St. Patrick’s Parade.

Though Coach was proud to be a “Mac”, his eyes gleamed, his smile beamed, and he stood tall as he wore the Grand Marshal’s Sash down Salina Street. Proud to march down the street with the Green stripe he had painted.

The man who was always proud to represent Syracuse and the University, was Coach of the Year, in the Football Hall of Fame; spiked the ball when he was our 2010 Grand Marshal.

He clutched his ceremonial Shillelagh like it was his rolled up game plan and won over a new generation of Syracusans wearing Green.

The Leprechauns who selected him were enthusiastic when Coach Mac was our Grand Marshal, and are weeping as we say slán, good bye.