Register for the 2023 Parade

The St. Patrick’s Parade will celebrate this tradition of movement and travel with two honorees: Grand Marshal Eileen Murray and Gael of the Year Ralph Rotella. 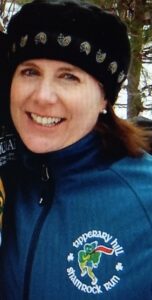 Grand Marshal Eileen Murray is one of the founders of Tipperary Hill’s Shamrock Run. Begun in 2005, the Shamrock Run is a 4-mile race that is run through the hilly street of the traditionally Irish westside neighborhood, Tipperary Hill, annually in early March. The race has become a well-loved community tradition that attracts upwards of 3,000 runners. The race supports the Tipperary Hill Neighborhood Association and the St. Patrick Hunger Project.

Gael of the Year Ralph Rotella

All of that running would not be possible without shoes in good condition; Gael of the Year Ralph Rotella is the owner of Discount Shoe Repair in Downtown Syracuse. Ralph’s shoe repair business has been a fixture of Downtown Syracuse since he first opened it in 1975. Ralph, who was born in Italy, cares deeply about his adopted home in Syracuse and gives back to the community every year through his Shoe Drive. Begun 12 years ago, Ralph’s Shoe Drive collects thousands of shoes every holiday season and donates them to the homeless and people in need through the Rescue Mission. In 2021, he collected an incredible 37,350 pairs of shoes. He is collecting shoes at his store location at 114 E Washington St, through December 13th this year.
The Parade is embarking on the 16th year of the St. Patrick Hunger Project. The Hunger Project raises funds and collects food for local food pantries to fight hunger in CNY. To date, the Hunger Project has provided over 1,060,000 meals for children and families in the community.

The parade will begin at 12 p.m. on March 11, marching through downtown Syracuse along Nancy Duffy Lane (South Salina Street). 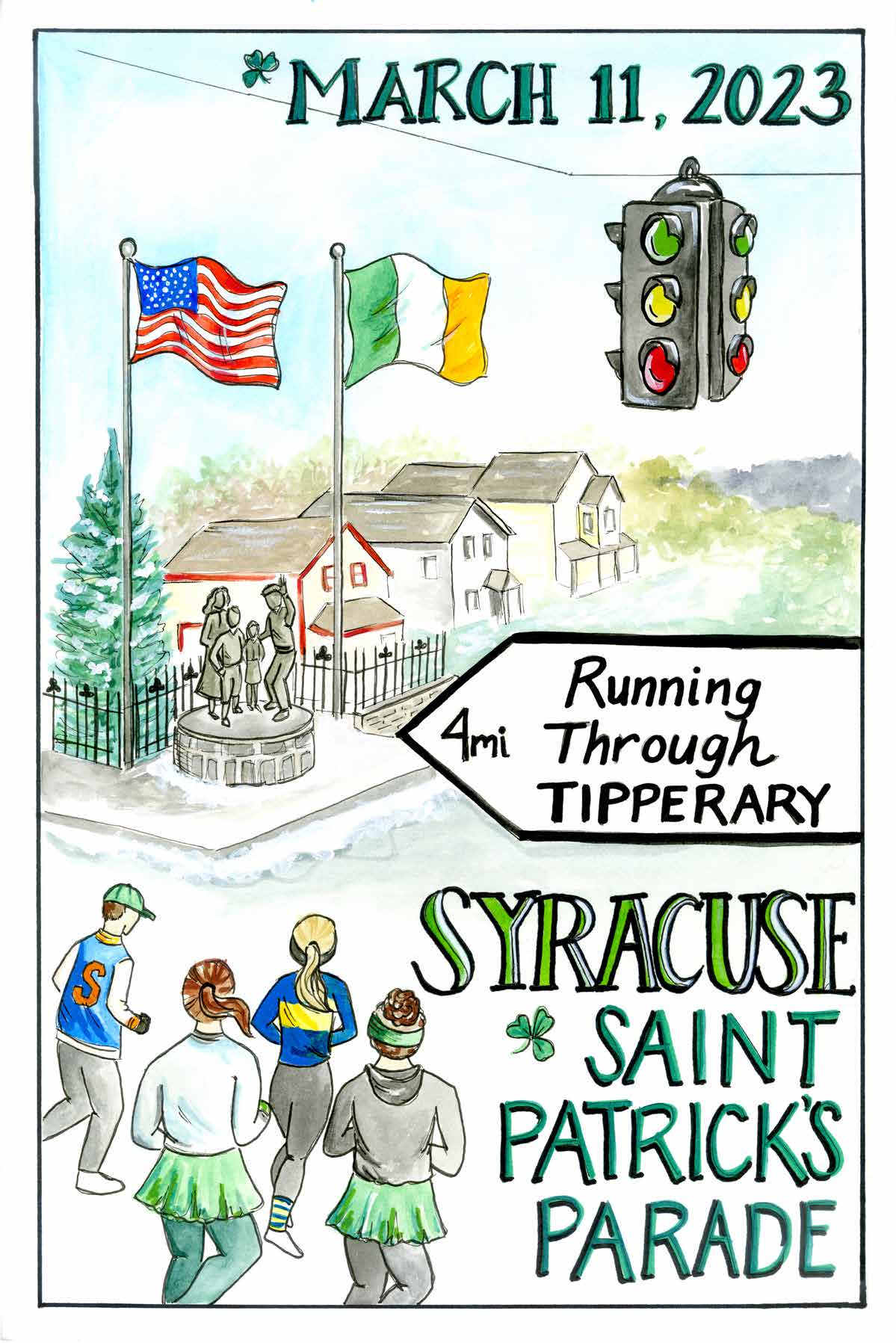 This year’s poster is by Susan Blisard Jackson. The poster shows four people in green, blue, yellow and Syracuse Orange clothing running beneath the upside down traffic light in Tipperary Hill.